Here is the link to part one A KNOCK AT HIS DOOR . We pray about particular characters for our spouses. I guess one would ask God to give him/her someone who isn’t promiscuous, abusive, stingy, closed minded e.t.c. Forever is a very long time to spend it with a wrong person and this is a crucial decision because its a choice that determines the upbringing of your kids. Meaning, ignorance is not involving God before choice. We pray yet we get stuck on the people who aren’t meant for us forgetting that God removes people from your life either for your protection  or for a better person. If you hold on then God will ensure that he/she hurts you till you have no choice but to let go. God sees ahead so what if in your prayer list he can check all the boxes that are unwanted though the heart wants what it wants….but at the expense of who? 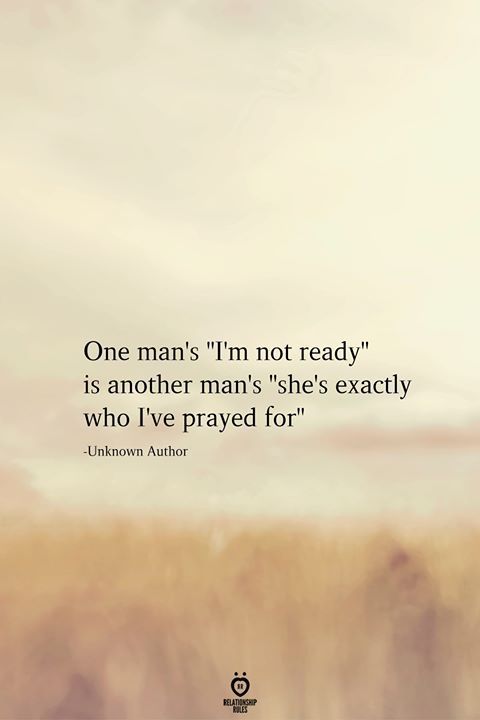 Vance pulled me close. I could feel his tears on my hands as our foreheads were attached. My hands were on his cheeks. I sobbed and finally he broke the silence. “you have no idea what I had to go through. It was torture babe and I’m sorry for my silence.” God gave me extra tear glands I suppose, so I was still dropping water mixed with salt from my conjunctiva and the background song wasn’t making things easy at all…”train wreck by James Arthur”. ” Did you see her? was she pretty? was it about culture? Do you still love me? ” I asked. I needed answers  but he acted as if everything was rhetoric. ” All I know is its against the world.” He responded. It was 6:40 a.m at the time and he had worn a blue t shirt and black sweat pants. He had to go and prepare but luckily I had him as my chauffeur that morning. Just when he got in the shower, I was numb in his living room which had blue sofas…curtains were blue. The idea was after we moved in together, blue in my living room had to vanish. That thought alone made me sob as if I was mourning. I was on his carpet, kneeling, hands on my face and sobbing. Instincts never lie and my gut feeling was that things were never going to be the same again . There was this translucent wall between us and it was as if I tried stretching for a ghost. it was more of saudade  (you love someone then you lose them as though they are distant. basically love that remains.). Everything good must also come to an end, even life results to death WABISABI (Japaneses aesthetics of life that everything is imperfect, impermanent and incomplete.)

He rushed to the living room because of my wailing and he whispered “babe I got you. You know how much I hate your tears please stop.” It was an act of a mother who just heard her baby cry and she had to drop everything and pick the baby. He rushed to the shower again and yes he was running late but honestly my job didn’t matter. He dressed up and we drove off. On normal occasion, he would hold my hand while driving and I was a very good co-driver for a while till I dozed off. I never go on road trips without falling asleep even if escarpments are a sight to behold. Well, this particular day he didn’t hold my hand but I let it slide. Silence was shouting in the car and I had to play 96.3 FM because radio Africa has never explained what happened to X f.m-soft rock songs (used to be 105.5). We had a stop over at java and everything was take away, basically coffee and carrot cake for me. He dropped me off at work accompanied by  a kiss on the cheek. ” May Allah make it easy for both of us. Its us against the world. We will talk after work.”

I was so unsettled that day and everything was surreal because I never even got the answers I wanted. Him telling me its us against the world was not an assurance but a justification. When you give someone the power to love you, you also give them the power to hurt you, they say but we were more like victims of circumstance. I called him in the afternoon and his phone was off.  No w this is the kind of emotional roller coaster that pisses me of. I already acted crazy in the morning and  he was going to make me act crazy the second time but I had to control myself. Two days later I get a text, “we need to talk.” These words are never pleasant from whoever is saying them more so your partner. We met up at our favorite dinner place and all I ordered was “strawberry banana frappe”  as I was not hungry and I was tired emotionally, mentally and psychologically meaning it affected me physically. 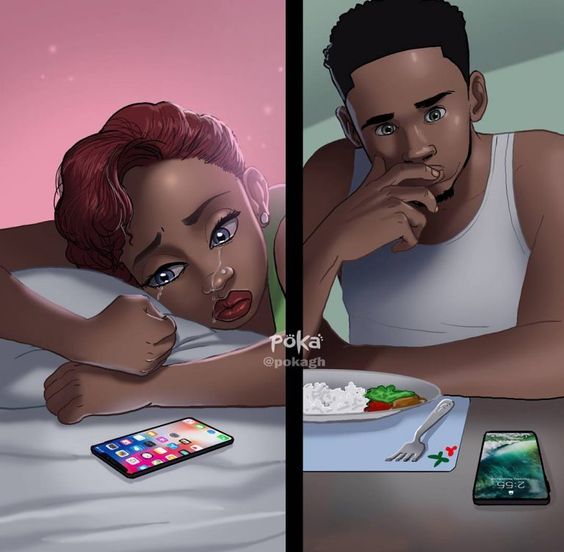 “Lets talk.” he said. ” Did you see her?” yes. “Was she pretty? ” I don’t know but I turned everyone down and I fought for you. ” can we fix this?” Babe time will tell but I’m not letting you go. ” lets elope. lets leave it all.” I said. ” I have thought about it. I hope you have your passport and yellow fever cert ready.” “I do babe but to where?” I asked. He stared at me in my eyes as if he found my soul and tears were flowing from my eyes and it didn’t matter I was in a public place. He stared at me the way he always did and wiped them with his hands. ” will your folks allow me to marry you without approval from my family?” he asked. I nodded but I was unsure. My mum would be alright but I wasn’t sure of my old man. At this point though, I didn’t care. That was how I was crazy stupid and in love. ” Lets move to Tanzania for a while. You can tell Tush to cover for you and talk to your boss. ” There and then I called my close friend/colleague and I informed her of my move. Shocked she was, but she didn’t have a choice. Love will make you do some crazy things and  that’s when you’ll know that you are hooked.

” Go home and pack for a week or so. Meet me at the gate at exactly 6:00 p.m tomorrow. Make sure you have your documents and don’t tell anyone. We will tell them on arrival to Arusha,” He said. I did what had to be done and my mum was home an hour earlier from work only to bust me with my passport on one hand and my bag on another. I had to tell her what was happening and I think I raised her blood pressure. My mum was numb and she tried to stop me but this was me being a rebel. She went to the living room and she started praying for me. It was 5:58 p.m  and I was at our main gate but my knees were weak, I was shaking , I was cold yet I was sweating and my fear was getting caught by my dad. I was certain about my man and nothing was going to stop me…not even my goddam instinct. This man was the most punctual person ever and 6:00 p.m he wasn’t at the gate. 6:15 pm he still wasn’t at the gate. I hid my bags at the shade just in case my dad drove from work early. His phone was off. An hour later, two hours later and his phone was still off. You can be so important to someone today and you can be a stranger to them tomorrow because people change, feelings change and love is a commitment and not a feeling. 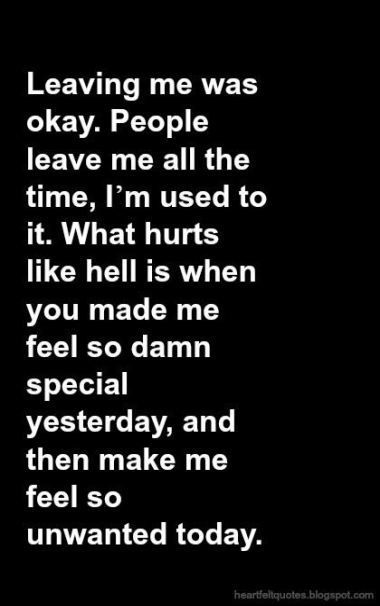 Like a prodigal daughter I went in the house and straight to my mums’ arms. She hugged me and I CRIED as if I had a fracture in my heart. 3 hours later his phone was still off. i locked myself in my room and my forehead on the floor as if bowing to God, I cried aloud. My mum came in my room and she said, let it all out. cry it all baby. This is the time I saw my mum shed tears too and she was hurt too. My sister was on the carpet with me crying . My mum sat on my bed and she looked at me and told me ” If he was yours, it would have come with confirmation. You prayed and  God unchecked your prayer list because He sees ahead. Close that chapter of your book and heal. He was not yours baby.”

The following morning, I get messages like “you attempted to call me but I was unavailable….”. I expected him to give me an explanation but I never got a call or a text . He was not remorseful. I was crushed. This was an arrow thrown in my heart literally. A month later… I see a photo of Vance looking quite old and I wasn’t  looking any better. My weight had dropped and my appearance was off. We both looked malnourished. The difference is, I was alone while looking at this pic sent by someone while he was healing but with someone by his side. I had no one to call babe but he was already calling someone else babe. I was an emotional wreck and that was the beginning of my turning point. His pain was what brought me closer to God than never before. Your heart will fix itself but your mind is what you need to fix. It took me time to heal, but I healed because of Gods grace. Was the other girl his wife?No. Do I still believe in love? Yes !because whats yours will never miss you. Whats not yours if you pray about it, God will remove it because you asked God for loyalty and God knew there would be deceit ahead and He answered you by removing that person. It took me a whole year to fully heal. Through it all I believe in WABISABI (Japaneses aesthetics of life that everything is imperfect, impermanent and incomplete.) 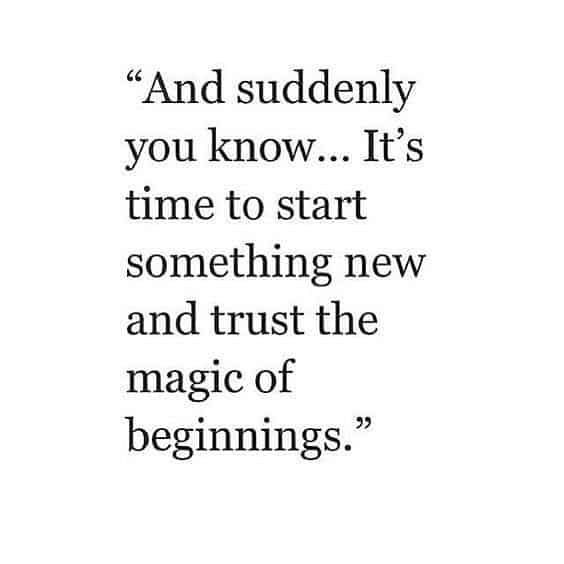 Thanks for reading… remember  this is the link to submit your favorite blogger to this years  awards.

To submit blogs into the BAKE Awards 2020, bloggers and their fans should visit https://submit.bakeawards.co.ke/

A KNOCK AT HIS DOOR

AS A GIRL NEXT DOOR.